Written on 9 April 2019 by Art Division in London


If you’re fascinated by fashion and its history, the V&A museum, Knightsbridge, is currently worth a visit.

A major exhibition of the work of Dame Mary Quant, the British designer who created the definitive 1960s look, opened at the museum on 4 April. The V&A’s other blockbuster fashion event, on the designer Christian Dior, continues until September.

A true icon of British fashion, Mary Quant is known for inventing the miniskirt, her bold designs in solid colour – and her immaculately-bobbed hair. As the exhibition reveals, she is also an important figure in the UK fashion industry, for her ground-breaking mass-production techniques, which would change the way we buy fashion for decades to come.

The show looks at Quant’s work over a 20-year period; from opening her boutique, Bazaar, on Chelsea’s Kings Road in 1955, to her brand’s development into a global phenomenon.

It includes 120 items of clothing as well as accessories, cosmetics and photographs, many of which have never been on display before and followed a public appeal for the loan of vintage items. These donations, including PVC raincoats and a hat sold at Bazaar, are displayed alongside stories from their owners. Other items have been drawn from Quant’s own archive and the V&A collection.

Jenny Lister, co-curator of Mary Quant at the V&A, said: “This long-overdue exhibition will show how Mary Quant’s brand connected with her customers, how she made designer fashion affordable for working women and how her youthful, revolutionary clothes, inspired by London’s creative scene, made British street style the global influence it remains today.”

Dame Mary Quant, now aged 89, said: “The V&A is such a precious and iconic organisation for which I have the utmost admiration and respect, and it is a huge honour to be recognised by them with this dedicated exhibition and book. I am enormously grateful to have been involved with so many talented people whose contribution to that ground-breaking, revolutionary and memorable era will also be recognised.”

However, the warning to anyone who fancies checking out the show is to book early. Initial tickets for the Christian Dior exhibition sold out quickly- it’s run has now been extended. And the museum’s 2015 Alexander McQueen exhibition was so popular that it saw the V&A opening after hours to meet demand.

Read more about this story in the Londonist. 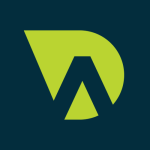 All articles by Art Division

As art galleries gear up to open their doors, here are five central London shows to add to your post-lockdown must-see list.

The top 10 most expensive streets to buy property in the UK are all in exclusive areas of London. So where are the most expensive places to live in London?

THINKING OF SELLING OR LETTING?

We use cookies to ensure that we give you the best experience on our website. This includes cookies from third party social media websites and to track your use of our website. If you continue without changing your settings, we'll assume that you are happy to receive all cookies on our website. However, you can change your cookie settings at any time. Find out more
Contact Us / Valuation